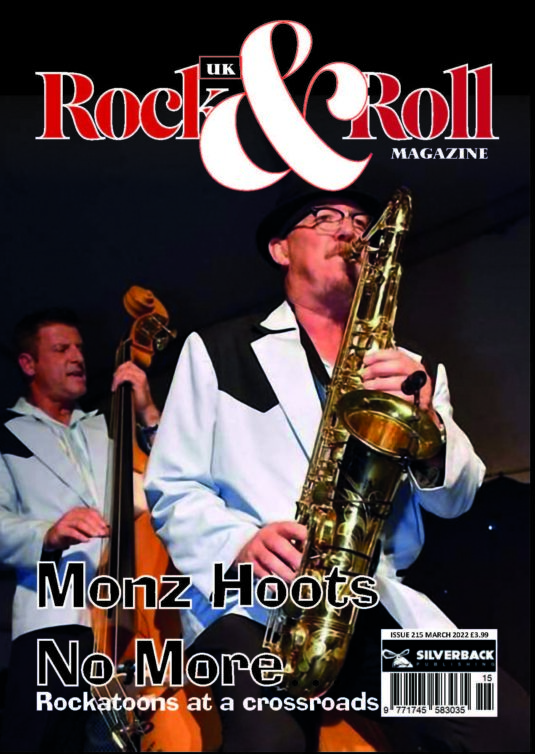 It’s not often we publish a cry for help in the magazine but we make an exception this month on behalf of the tone of the most popular rock’n’roll bands out there, The Rockatoons. Prompted by the retirement of sax player Monz, they are in danger of disbanding if they don’t find new members. Our ‘Musicians Wanted’ feature stopped a few years ago but only after uniting hundreds of bands and musicians, so we felt that giving the Rockatoons space to make their appeal was a return to a way to those days. If YOU know of a sax player or piano player who might fancy the Rockatoons gig, let them know!

Elsewhere we have loads to keep to entertained including a really engrossing feature on one of the thousands of bands from back in the day who formed the fabric of the rock’n’roll scene. We hope you enjoy this new perspective and it may be the first of a series..