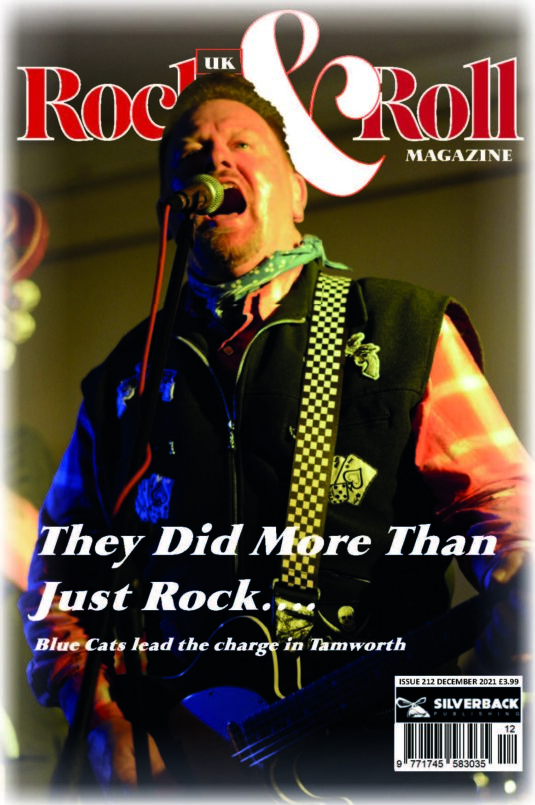 This month’s magazine marks a sad moment. The last monthly feature by Mick Stott. Starting as On The Yorkshire Beat under John Howard’s editorship. Mick’s column changed to Yorkshire Rocks and then The Mick Stott Report, and despite the name change has been consistent in its approach, with Mick covering the miles to check out, often enjoy (and he told us) and sometimes despair of (and he still told us!) the rocking product on offer within the ever-wider area he covered. Mick even has his say on aspects of this publication in his last column and, agree or not, I think he deserves his say.

As well as telling it like it was, Mick has always told it with great authority, having ‘been there’ right the way back to rock’n’roll’s early days in the ’50s, and backed up his sharp powers of recall with reference to an enormous library of back issues of rockin’ periodicals from the mainstream to the truly obscure. To paraphrase Mick’s own closing words from his monthly report, Rock Through Your Retirement Mick,